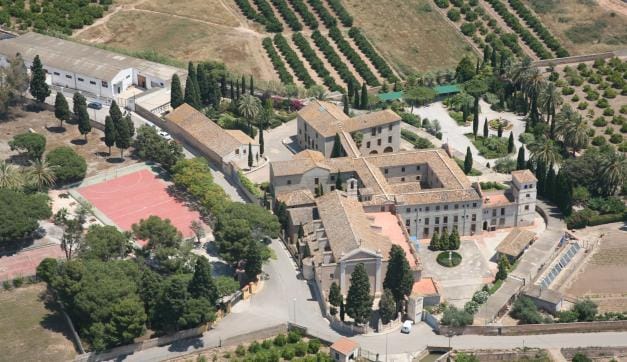 The Convento de la Magdalena in Massamagrell is the second convent in the Province of Valencia founded by San Juan de Ribera for Capuchin monks. It is catalogued as an Asset of Local Importance.

It was blessed in 1599 and only a few years later it had to be extended because so many candidates applied to join the Order, as it was a centre for novices. The convent church is in the Renaissance style and was built by order of San Juan de Ribera.

After it closed in 1823 it reopened as a Capuchins seminary from 1907 to 1968. Nowadays, after some much needed refurbishment work, it has largely recovered its former appearance and, up to quite recently it was once again operating as a centre of learning. Its influence on the surrounding villages, its use by high-ranking figures in the order and the fact that it is the oldest of the surviving convents, makes this the main centre of reference for all Capuchins based in the province.

In 1665, painter Jerónimo Jacinto Espinosa produced his most important painting for the Capuchin convent, "La Última Comunión de la Magdalena" (the last communion of Mary Magdalene) which hangs in the Museum of Fine Arts in Valencia.

The following areas of the convent are open to visitors:

- Religious museum housing chasubles and stoles belonging to the monks, as well as chalices, custodies and a wooden reliquary with 365 bones of saints.
- Library with thousands of volumes dating from the 16th and 17th centuries, with the most valuable item being a 16th century atlas of Spain.
- Recreational area.
- Cell of the founder, Padre Luís Amigó, which has been kept in its original condition.
- A small chapel, the convent's oldest building. Inside there is a water tank for collecting rainwater.
- Work by painter Antonio Peris Carbonell showing the life of Saint Francis.