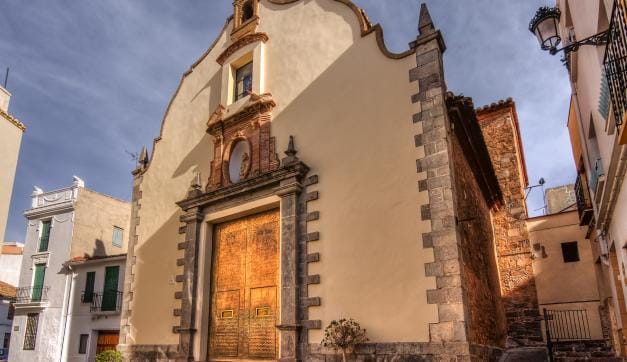 The "Ermita de la Purísima Sangre” in Sagunto is in a small square formed by the street of Sang Nova, near Calle del Castillo. It's known locally as "Ermita de la Sang".
This Baroque chapel dates back to the 17th century and was likely to have been built shortly after the expulsion of the Jews. The first floor houses a museum displaying the valuable heritage owned by the Cofradía (Brotherhood). Inside, it has a lovely collection of frescoes on the dome, thought to be by 18th century Valencia painter José Vergara and depicting scenes from the Passion of Christ.