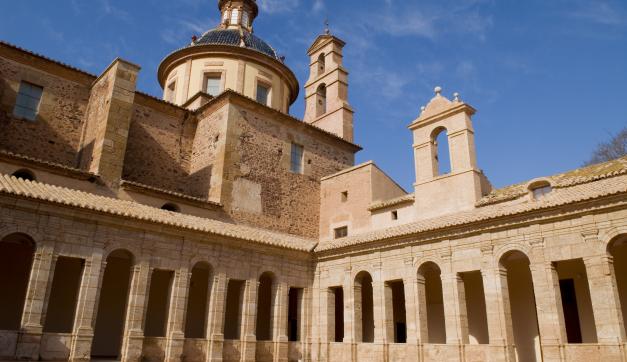 In the municipal area of El Puig de Santa María, and next to the old Valencia to Barcelona road, is the Cartuja de Ara Christi (Carthusian monastery).

The Carthusian monastery was founded in 1585, on the publication of the will made by Doña Elena Roig. In her will she expressed her wish to have a monastery built for Carthusian monks in the place she had inherited four years earlier from her brother Don Cristóbal Roig, the cathedral precentor. Building work began in 1602, once the necessary licences had been obtained, and was supervised by Friar Antonio Ortiz.

During the time it was in operation as a religious building, it housed many communities of monks, friars and nuns. Records show that the last religious order to occupy the premises were Capuchin monks, who abandoned it in the late 1970s because of its dilapidated state.

The biggest looting incident in the monastery's history occurred in 1808 during the war with the French, when it was ransacked by Napoleonic troops, who seized the paintings and the decorations inside. The building was secularised in 1835 when the Community was dissolved and was left empty and neglected for a long time until it was restored. In 1996 it was declared an Asset of Cultural Interest in the monument category.

The monastery is an enclosed set of buildings arranged around a great central cloister. Another two small cloisters and the individual allotments tended by the Carthusians are also in the first set of buildings. These buildings, plus a few more plots of farming land are set within perimeter walls, effectively cutting them off from the rest of the surrounding area.

The buildings include the church, the monks' cells, the great cloister, two smaller cloisters, the chapterhouse, refectory, gatehouse, allotments and stables. It most probably also had various defensive structures and several towers acting as protection.