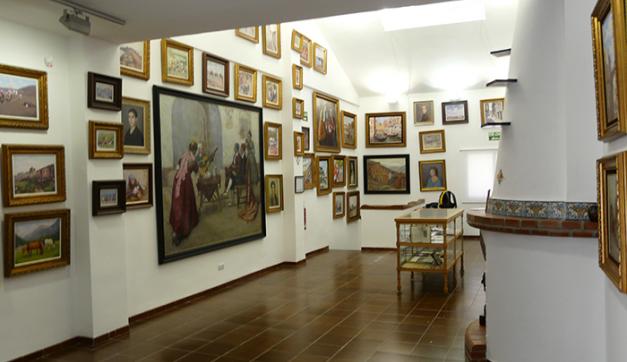 Artist Juan Bautista Martínez Beneyto was born on 29 May 1922 in the Valencian town of Massamagrell and died on 31 August 2013 at the age of 92. He had a long career as a landscape and portrait artist as well as a teacher in a number of Spanish institutions.

He joined the Escuela de Artes y Oficios Artísticos art school in Valencia in 1934. At the end of the Spanish Civil War he became a member of the Real Academia de Bellas Artes de San Carlos (the San Carlos Royal Academy of Fine Arts) in the same city. In July 2009 he was given the "Vila de Massamagrell" award for his distinguished career in the visual arts. That same year he donated his studio with all the documents and paintings in it to the Town Council, which renovated it and turned it into the Martínez Beneyto Municipal Museum, officially opened in December 2010.

The museum is based in a two-storey house and holds more than a hundred works by painter Martínez Beneyto. As described earlier, it was a donation made by the author to the Town Council, leaving his paintings and the building that houses them to the town.

A variety of paintings are on display in the museum, some of which have won national awards. The collection includes many landscape paintings of subjects such as beaches, street markets and traditional houses, as well as a number of portraits.