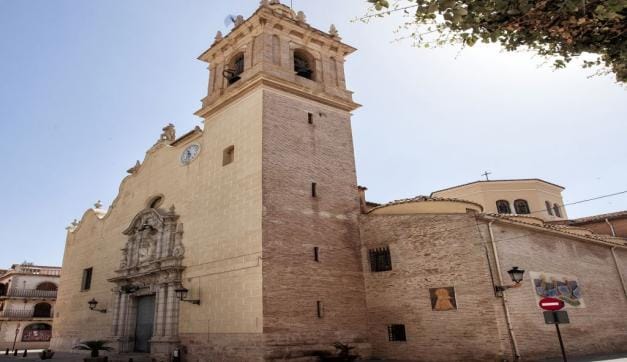 Set in the heart of the historic centre of Alboraya is the town's majestic Virgen de la Asunción parish church, dedicated to the Virgin of the Assumption following the tradition set by King Jaume I when he reconquered lands occupied by the Moors in Valencia. The building, which dates from the 18th century, has a high altar presided over by a wood carving of the Assumption, flanked by two other wood carved figures of the Apostles Peter and Paul. The altar was built only five years ago and is paradoxically the most recent of all the altars in this church.

1. A chapel dedicated to the Miracle dels Peixets (the miracle of the little fishes) housing the coffer and the chalice which, according to tradition, the priest was carrying when the miracle happened on the banks of the Carraixet gully.

2. A chapel dedicated to the worship of the Most Holy Sacrament, housing several original paintings by the Valencian artist from Alboraya, José Peris Aragó, and by his son, Peris Panach, presided over by a wood carving of the Immaculate Conception.