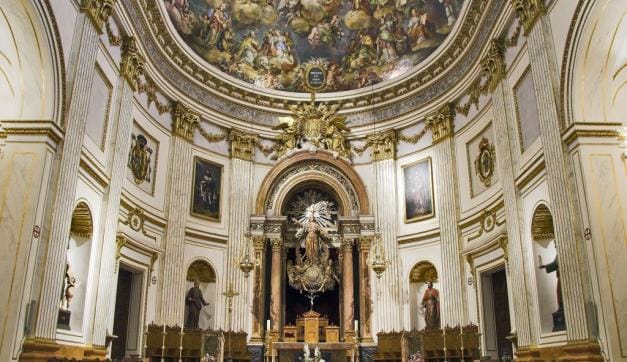 La Catedral Basílica de Segorbe was built over the site of the old mosque after the region was conquered by the Crown of Aragón. The cathedral was designed in the Gothic style back in the 12th century and attached to the city's south wall. Over the centuries that followed it was gradually extended northwards. The last major renovation work was carried out in the 18th century to adapt it to the enlightened tastes of the time.

The cathedral is an artistic set of buildings consisting of the Tamplo (church), the Torre Campanario (bell tower), the Claustro (cloister) and the Museo Catedralicio (cathedral museum).

The cathedral’s appearance has changed over the course of a series of extension works to incorporate new styles, depending on the century when they took place. The most notable renovations were done between 1791 and 1795, during the time of Lorenzo Gómez de Haedo as Bishop of Segorbe. Architect Vicente Gascó reused materials taken from the complete demolition of the castle of Sopeña to rebuild the cathedral, turning it into the only pure example of Academicist religious architecture in Spain. The cathedral nave houses paintings by José Vergara and the frescoes on the dome are the work of Manuel Camarón and Luis Planes.

The peaceful Gothic cloister is a perfect setting for meditation. Built between the 13th and 14th centuries, it has a trapezoid shape because of its location close to the perimeter wall. Around it, seven of the original chapels still stand, including the Capilla del Salvador (chapel of El Salvador dated 16th century) behind the golden Baroque door originally from the Cartuja de Valldecrist monastery, framed within a lovely Gothic doorway. Inside is the impressive tomb of the Vallterra family and the cathedral's great 16th century altarpiece by renowned Valencian painter Vicente Macip and his son Juan de Juanes, a key work in Spanish Renaissance painting.

The cathedral museum is regarded as one of the most important centres of religious art in the Region of Valencia.